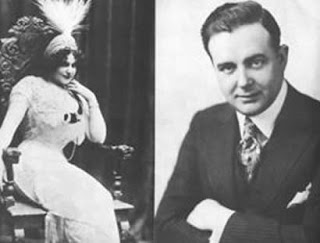 William Dalton was born may 14th. 1883 in Newtonville, MA. Dalton would later go on to change his name to Julian Eltinge and become the greatest female impersonator of his day, if not within the last 150 years. A troop ship was named in his honor during the Korean War. There is much ambiguity about Eltinge's sexual orientation, thanks to the great efforts made by Eltinge himself to construct a macho male persona when not performing.