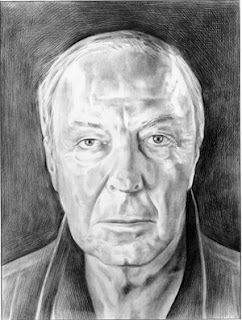 Jasper Johns was born May 15th, 1930 in Augusta, GA. After his parents' failed marriage, Johns lived with various relatives until attending the University of South Carolina and then moving to New York City to study at the Parsons School of Design. Johns would soon meet fellow artist Robert Rauschenburg and the two men had a long term relationship. Johns' work in this period was influenced by choreographer Merce Cunningham and composer John Cage. Johns received the Presidential Medal of Honor in Februrary, 2011 from President Barack Obama.

Read more about Johns at Gay For Today and The Art of Code at Queer Arts and the artist's official site.