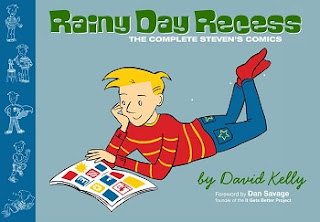 Hi. My name is Joe. I'm pretty shy around kids and big people. I don't have a lot of friends. I have secrets. It's kinda hard because my family moved around a lot and I always feel like I'm the new kid the other kids pick on. It doesn't seem fair to me, but teachers don't see it. I sorta told you a fib about my name. Joe is what my name is now, but my real name -- well, a couple months ago when I started the second to last new school I told my mom I wanted to called Joe. My real name is Jody and that's why a lot of kids picked on me. They said it was a girl's name and called me a girl. It happened at the other schools too. Teachers didn't care. All they care about is grades and being quiet. I get good grades and can be really quiet.

Please don't make fun of me because of my name. Or other stuff either.

I like to draw and make model cars and watch TV and sometimes try to sing along to fun songs. Sometimes dance but only if nobody's watching me. I really like comic books because of the superheroes and all the things they can do! My favorite comic has the Legion of Super Heroes. What's Legion really mean? I really like Element Lad and Ultra Boy. Sometimes when my mom is mad at my dad -- they yell too much -- because he drinks I pretend to be in the future with the Legion.

I found a new comic and I hide it for now because my dad would probably take it away. It's not like Legion or Justice League or Avengers but I like it because it's about a boy. His name is Steven. He has blond hair and three brothers and a sister. Maybe he's my age. His mom works and works like mine does and she gets tired too. Steven likes Wonder Woman and has her action figure. I don't like Wonder Woman so much, but that's okay. Now I know I'm not the only boy that played with dolls. I feel better about playing Barbies with this girl in first grade. Her name was Janice. Really, I played with Ken, but I pretended it was Captain Action. When Steven's brother called him a sissy for playing with Wonder Woman I got sad and a little mad. That word is bad but I don't really understand it. My grandma said it one day to my mom. I was standing right there when she told my mom something about cutting up apron strings or maybe I'll turn into a sissy. It makes Steven sad too. But Steven is happy a lot too even if his family is messed up.

Steven made friends with a new boy in his class. His name is Christopher and Steven really likes him. Christopher likes Steven. I think they are super special friends and maybe they like each other the same way boys like girls. It's a secret so you can't tell anybody! Is that what a sissy is? when a boy likes a boy? But sissy is a mean word and Steven and Christopher aren't mean boys. Neither am I. And my grandma said sissy to my mom -- and -- and -- you have to promise to keep a secret! Promise! I think I like boys too. I don't have a friend like Christopher but sometimes I feel funny watching the actors on TV shows. I'm a good boy too even if I got in trouble for something in the shed I don't want to tell you. I want to kiss a boy and maybe dance with one like Steven does with Christopher. Just maybe dance to a different song. We Are Family is okay but I like this song called Everyday People better. Or maybe Thank You. The singers' names are Sly and the Family Stone. My dad acts weird if he hears the song so I don't play it loud. He doesn't like black people.

Steven's dad isn't a nice person either. His parents get divorced like my mom almost did. I wanted her to but she got scared and stopped. After a while he has to move to his grandma's and go to a new school. It got scary for him but his grandma helps him fell better and they have fun together. She's really nice like my grandma even if she did say sissy. Being at a new school means Steven doesn't see Christopher anymore. It's sad and he has trouble making new friends. I know how that makes me feel so I wish Steven could be my friend. Maybe then we could talk about boys because I don't think telling a real life friend I like boys would be a smart idea.

Steven has to eat fried baloney sandwiches too. Fried baloney on mushy bread is okay sometimes. Nobody wants to trade sandwiches with you at lunchtime. Steven is nice because he made friends with a boy named Kit Reece who gets picked on even more than he does. Some kids are just bullies and will pick on you. It won't matter if you have a girl's name. Steven likes Kit but not the same way he likes Christopher. And Steven takes swim lessons and starts to like an older boy named Troy kinda the way he likes Christopher. I think Troy was just being nice when the other older kids and Mr. Terwilliger were being really mean. It's good because they're friends too. Sometimes older kids and adults are nice and they make you feel good and special and okay. That's why I like Steven. I know he's only a make believe kid in a book made up by somebody named David Kelly. He's probably a big person too because adults don't let kids make comics unless you draw it yourself. Steven makes me feel good because now I know it's okay if a boy likes another boy! Oh! But if an adult made up Steven does that mean some adults think it's okay for grownups too? Oh my gosh! Maybe when I grow up I can find another grownup boy and we can kiss and dance! Maybe he'll read Steven's comicbook stories and find out it gets better.