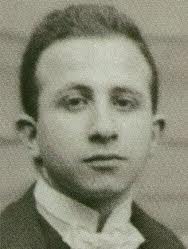 Decades before the Stonewall Riots in 1969 there were efforts to advance the acceptance and rights of the homosexual community. Magnus Hirschfeld is perhaps the most well known of the German figures. Another who should be remembered is Kurt Hiller, born in Berlin on August 17th, 1885. Hiller was a member of the Scientific Humanitarian Committee, the first gay emancipation organization which Hirschfeld managed, from 1908 till 1933 when he was thrown into a concentration camp and held for nine months. Upon release, Hiller traveled to Prague and then London, returning to Hamburg, Germany to live in 1955. In 1922 Hiller wrote "Paragraph 175: The disgrace of the century!" in an effort to change Germany's Paragraph 175 which criminalized homosexuality. Efforts to change the law might have succeeded in the Reichstag in 1933 had Hitler not risen to power.

Learn more about Hiller at GLBTQ and read his 1928 Gay Rights Speech.